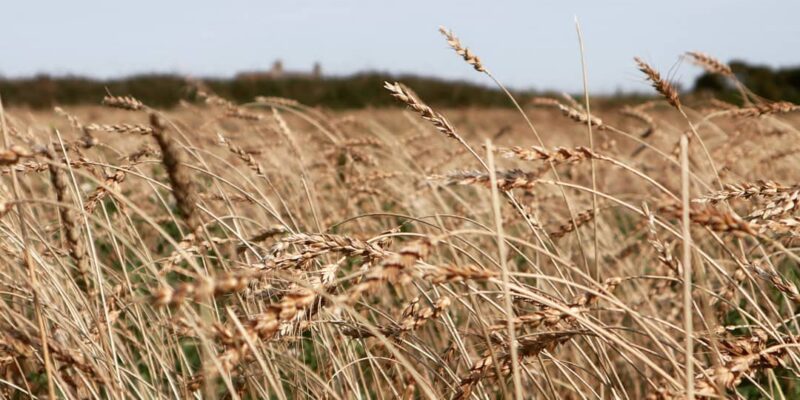 “Place your own value on what you do, don’t let the market dictate,” says Pembrokeshire ‘Peasant Baker.’

Torth y Tir means “loaf of the land” in Welsh, and self-proclaimed ‘Peasant Baker’, Rupert Dunn, takes the name very seriously. He grows his heritage wheat, mills the grain, bakes his wood-fired sourdough bread by hand and sells it all within a few miles of the bakery near St Davids in Pembrokeshire.

The local community are taking the venture seriously, too, so much so that his long list of weekly bread subscribers donated and loaned extra funds towards the cost of employing another baker. Volunteers deliver his loaves in exchange for free bread and reimbursement of travel costs.

Rupert started the business in 2016, spending the next few years drilling grain, getting funding and building his bakery in an agricultural barn. In May 2020, Torth y Tir began producing bread. 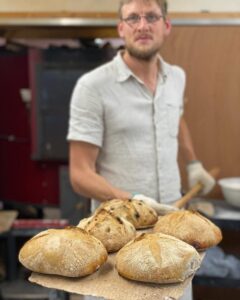 Rupert grows heritage wheat on 20 acres because it is adapted to the local conditions, and its long stems make it naturally resistant to weeds. He calls it a winter ‘population’ meaning a diverse mixture of varieties, constantly evolving and cross pollinating with one another to create new varieties using nature as the driver for the evolution. He cleans and mills the grain using a traditional ‘Astire’ stone mill and then bakes the bread by hand. It’s a technique he learned in the Peasant Bakeries of France.

But it has not been easy. In France there are now hundreds of peasant bakeries. Part of the challenge is you’re not just creating a product and selling it; you’re creating a culture,” Rupert says.

The bakery is a community-supported venture, where local people ‘subscribe’ to a guaranteed supply of sourdough bread. Despite the economic challenges of the Covid-19 lockdowns and the disruption to wholesale selling, Torth y Tir is producing 160 loaves per week for their 60 subscribers. They also sell wholesale to local cafes and shops, and Rupert hopes to expand through delivery schemes to holiday cottages and campsites. At £4.50 a 1KG loaf, Rupert says they have to hit 220 loaves a week to be viable. 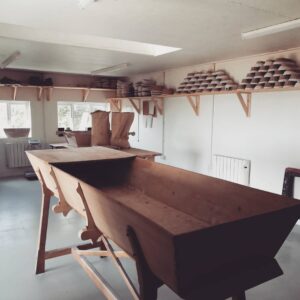 But it’s not all about profit; far from it. Rupert supplies 40 loaves per week to the local food bank and operate a ‘pay it forward’ scheme to support those who can’t afford their produce. “We’re not a business model that’s only about sales and revenue. It’s about creating value – value comes in terms of financial value but also community capital and the value of people being fed,” Rupert says.

Rupert is hoping that this model will catch on to other young bakers and farmers. “We’d like to support other people to start their own initiatives and peasant bakeries, and part of what we want to work towards is creating a peasant bakery network,” Rupert says, “It’s about allowing people the access to the knowledge and the community around them.” Rupert plans to run residential workshops at the bakery to showcase his baking process from grain to loaf.

Rupert’s advice for new bakers: “Price your produce at what you think it’s worth; not what you think other people might think it’s worth. Then communicate that value to them. Think about value not in terms of what the market dictates but in terms of the intrinsic value of what you’re creating. If that has integrity and you’re getting the best out of your flour, then people will enjoy that and pay for that.”

“If we can grow wheat that’s of baking quality in west Wales, then you can do it almost anywhere.”

Copy by As You See It Media & Imogen Astley Jones

Categories: Success stories.
This site uses cookies from third-parties to add functionality and help us to improve your experience. By using this site you consent to our use of Cookies.