Get more out of your bread with locally milled flour made from British wheat. 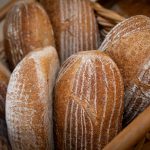 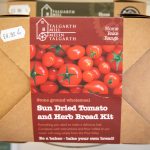 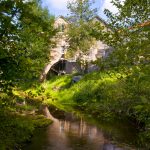 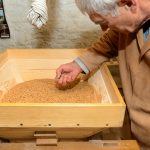 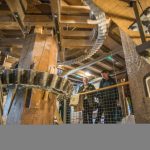 Traditionally made loaves will keep better and sustain you for longer than mass produced supermarket bread.  That’s according to Talgarth Mill, who sell flour through Natural Weigh and CRiC.

Sarah Andrews is a volunteer Director of the water Mill, which was restored in 2010.  She said: “Mass-produced bread combines air, water, yeast and a lot of energy to create a large volume of dough. But natural fermentation does not have time to take place – you end up with a lot of bread, but it doesn’t have much substance, and it goes stale quickly.  At the other end of the spectrum, our bread takes much longer to make, prove, and bake, but you end up with a much more substantial loaf, you don’t need so much of it to feel full, it’s more nutritious, and it will last longer.”

Talgarth Mill grinds wheat, spelt, and rye into flour six days a week and bakes bread five days a week. It only makes wholemeal flour and all the grain milled is grown in Britain. The majority of the wheat used is grown near Hay on Wye, along with an organic wheat from a farm in Bridgend.

Sarah acknowledges that Talgarth Mill’s flour is more expensive than national wholesalers – large scale industrial rolling mills combined with cheaper grain, often imported, create a cheaper product.  But people’s decisions might not be based solely on price if they had all the facts: “If you give people the facts about baking then they can make a choice. Bread is a staple product, and people are used to paying a certain price for it. But when you start to consider the impact on the environment of importing grain, how the bread is made, how long it lasts, how nutritious it is, then you may get a different decision.“

“If people are willing to pay a bit more for a traditionally made loaf, then bakers could respond, and we could see more locally baked bread using locally milled flour. And of course, people could learn to bake again for themselves – there are simple and easy to use recipes which everyone can do.” She said.

You can buy Talgarth Mill flour in bulk from Natural Weigh and 1kg bags as well as breadmaking kits from the Crickhowell Resource and Information Centre. CRiC also sell bread from Talgarth Mill Bakery, The Bakers’ Table, once a month.

Talgarth Mill is still selling supplies of flour, bread, takeaway pizza and sweet and savoury treats, despite COVID-19. Their café and the mill are temporarily closed to the public. Continue to support your local food businesses!