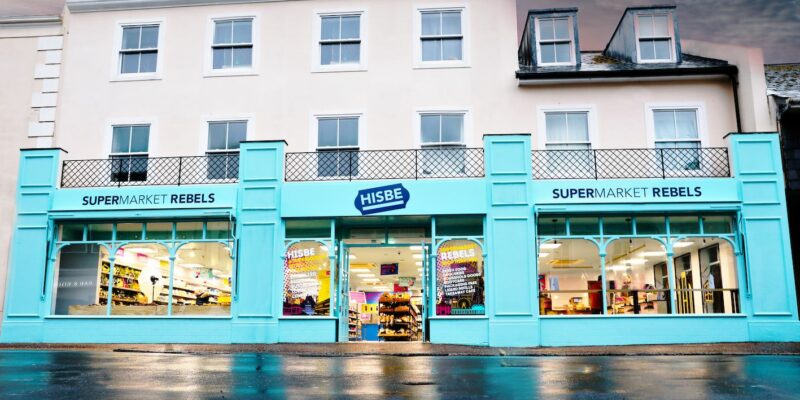 A new type of supermarket prioritises local, pays fair wages and a good price to suppliers.

Sisters Ruth and Amy Anslow started their first HISBE – How It Should Be – store with the idea to “reimagine the way supermarkets do business”. They prioritise local food producers and insist “if it can’t be local, then it must be organic.”

Ruth previously worked for 15 years in “big corporate,” dealing with companies such as Tesco. She became “worried about the impact of the supermarket model on our food long term” because of “waste, overprocessing, long food chains, factory farming and throwaway plastics.” “There needed to be a big shift in the way food retailers work,” she said. So, with fellow Director Jack Simmonds, they set up HISBE in 2013.

“We realised that supermarkets could be part of the solution to problems in the food chain, they just need to evolve,” Ruth said. So, they set about finding the best local produce and sustainable alternatives and put them under one roof. They claim to minimise food waste, maximise recycling and reduce packaging. The aim is to get people to come to them, rather than a conventional supermarket, by “bringing the best products together, putting them in reach of everyday food shoppers.” 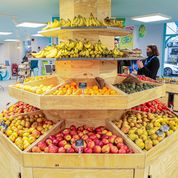 The sisters raised £200,000 for their first store in Brighton through a mixture of crowdfunding, shares, loans and grants. It was set up as a social enterprise, a not-for-profit Community Interest Company, to show they are “putting people before profit.” They pay their staff the real living wage and a “fair price to our suppliers.”

Unlike conventional supermarkets, much of what they stock is seasonal; they don’t sell tomatoes or strawberries in winter, for example. 51% of all their fresh food is local, from Sussex, and they say they want to give people the option to do their whole shop with them.

But they realised early on that they would have to stock some products which are not grown in the UK. “People would walk out if they couldn’t get bananas or avocados,” so in those cases, we choose organic suppliers because we can trust the standard. So they have to decide what they stock on a product-by-product basis which Ruth admits “was a nightmare when we started out, but we are kind of used to it now.”

One of the core principles of their business is to put the money back into their community and support local growers. “68p of each pound goes to our suppliers, and 57p of every £1 stays in the local economy, unlike the big supermarkets,” said Ruth. However, she admits that customers will pay more for some products. “Our fresh produce is competitive with the major supermarkets because it is free from expensive packaging, but people will pay more for, for instance, local honey or sustainably sourced tuna.” 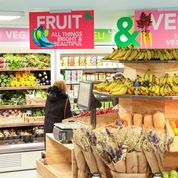 They opened their second store in Worthing just before the pandemic hit in May 2020 by raising £450,000 on the Triodos Bank crowdfunding platform. Their goal is to start a chain of stores in Sussex before helping other people open stores in other counties. In addition, they offer a boot camp on their website to help people follow in their footsteps and change the food industry.

Ruth says, “To us, the most sustainable and the future for food and farming is simply eating what’s on your doorstep. So, we want to reform the way the food industry works.”

If you want to find out more about HISBE, visit their website.

Photos by Tim Jones, As You See It Media

Categories: Marketing inspiration.
This site uses cookies from third-parties to add functionality and help us to improve your experience. By using this site you consent to our use of Cookies.