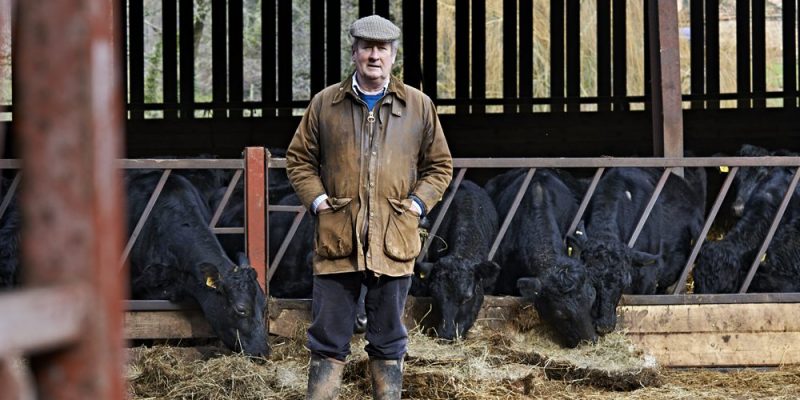 High land costs are often a barrier to entry for would-be small farmers, but not at Stream Farm.

The 250-acre site in Somerset’s Quantock Hills trains new entrants in the business and ethics of skills like beef, chicken or trout farming and then lets them go after a year or two, hopefully to start their own small farms that would help offset the spread of industrial-scale commercial agriculture.

It’s a compelling model that has turned out around 25 farmers since the owners, James and Henrietta Odgers, bought the farm in 2002. Not all have started their own small farms, but all have acquired the skills needed to run their own small businesses.

The new entrants don’t have to pay a fee or even have farming experience to join, but they should be eager to learn, James said. Income from their part of the Stream Farm operation will provide them with a livelihood of £24,000-£25,000 a year – just below the national average, and just above the local Somerset average. Whatever remains then pays for costs such as feed or fencing and the rest goes to James & Henrietta as profit.

After 15 years, the farm as a whole is close to breaking even and has proved its ability to educate a new generation of small farmers who will sell their output locally and use organic methods whenever they can.

“My motivation is to see a countryside that has been entirely devastated by large-scale multiple retailers and large-scale providers of fertilizers and sprays returned to what it should be, which is being repopulated by small-scale farmers,” said James, 63, a former lawyer and financier who once ran a microfinance program for ladies from the African and Caribbean communities in south London.

And he argues that the Stream Farm programme is a template for others to reproduce. “Nobody else would need to reinvent the wheel now,” he said.

Find out more about training at Stream Farm at: www.streamfarm.co.uk.