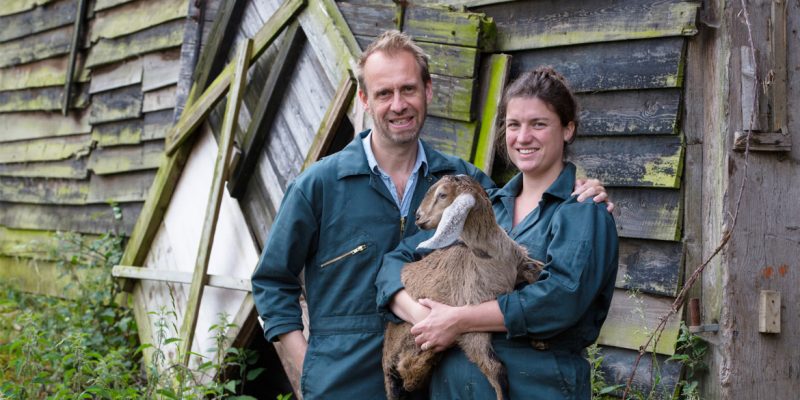 Gold awards and breaking even within the first two years of business.

It was never going to be easy giving up careers in mobile phone technology and teaching to become goatherds and cheesemakers but Fraser Norton and Rachel Yarrow are happy they took the leap.

Since early 2016, the couple has been making goats’ cheese near Shillingford in South Oxfordshire, building up a flock of 120 goats and mastering the meticulous art of cheesemaking while courting clients in the market for artisan cheese.

Fraser and Rachel rent land and barn space from Earth Trust, an environmental charity that helps entrepreneurs who can’t afford high land prices start sustainable farming businesses. Earth Trust brings them into contact with other small producers such as pig and sheep farmers who support each other by sharing products including hay from a wildflower meadow and whey from Fraser and Rachel’s goats’ milk.

The couple raised money to live on by releasing some of the equity from their house while the business got underway, and by the end of 2017 they were breaking even.

They urged anyone who is thinking about taking up small-scale agriculture to do plenty of research first.

“Speak to people that are already doing it. And if you can, like Rachel did, get some work part time or volunteer with some people in the business.”