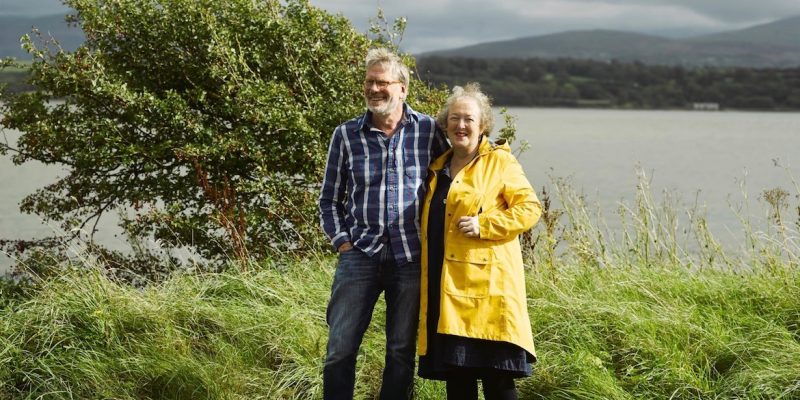 With a £1m price tag, the decision to invest in the structure – known as a salt cote – gave owners Alison and David Lea-Wilson a few sleepless nights.

But, a few years later, their courage has paid off. Not only has the 1,000sqm construction allowed them to make huge savings on energy costs, but it has also won a prestigious Queen’s Award for sustainability.

“When you’re just two metres above sea level and only a hundred metres from the shore, climate change is very real,” says David, co-founder of Halen Mon, observing the sea from his office window.

Driven by sustainable beliefs, Halen Mon commissioned the design of a visionary factory and by 2015 the metal framed building was complete. From there, says David, “our business really took off.”

David founded Halen Mon with his wife and business partner Alison in 1997. Based on the island of Anglesey in north Wales and surrounded by sea water, they saw a gap in the market for handmade sea salt. “The only salt available at that time,” recalls David “was table salt.”

A visit to Japan provided a turning point. “The Japanese take their salt seriously,” says David “this gave me the belief that customers would pay more for an artisan product.”

Knowledge of traditional salt harvesting skills was scarce. “There were no records of how things were done,” says David. “We had to begin re-inventing.”

Today, these skills have been brought right up to date with a diverse range of products currently sold around the world.

Key to success is the new salt cote, an eco-engine of efficiency equipped with solar panels and six inches of insulation. The design ensures very little energy goes to waste, providing a solution to the cost of high energy production.

A large fan redistributes body heat from customers and employees around the building. “As a result,” says David “we only need a domestic boiler to serve the entire building.” Steam is captured by vacuum during production and recycled to warm incoming sea water. Distilled water, created as a by-product, is bottled and sold to market.

In recognition of their sustainability achievements, Halen Mon were awarded the Queens Award in 2017.

The ethical approach makes good business sense. Since the move to the new site, the company has achieved savings of nearly 30 per cent across labour, gas and electricity. “We expected a saving on energy,” says David “but we managed to surpass even this figure by needing less energy and being able to monitor exactly how and where energy is used with our building management system.” These savings have been passed on to the customer and prices have not been raised for three years. Sales have increased and the company now has a multi-million pound turnover.

Scepticism was faced during the early years from people unfamiliar with an artisan product. These days, a new challenge has arrived a little closer to home. Via the factory visitor centre, competitors now have easy access to inspiration and sometimes, imitation. However, a well-oiled product development system keeps Halen Mon one step ahead. “Some ideas work, some don’t” says David “but we’re always in development.”

Innovation combined with rigorous testing appears to be at the heart of Halen Mon. “Have a vision,” says David “test it beyond your family and believe in it.”

Find out more about the Halen Mon story at: www.halenmon.com.